After a heavy downpour at midday on Sunday, which gradually subsided around 1pm, cars entered the studio, and kids got off with curious eyes and looked around the studio. 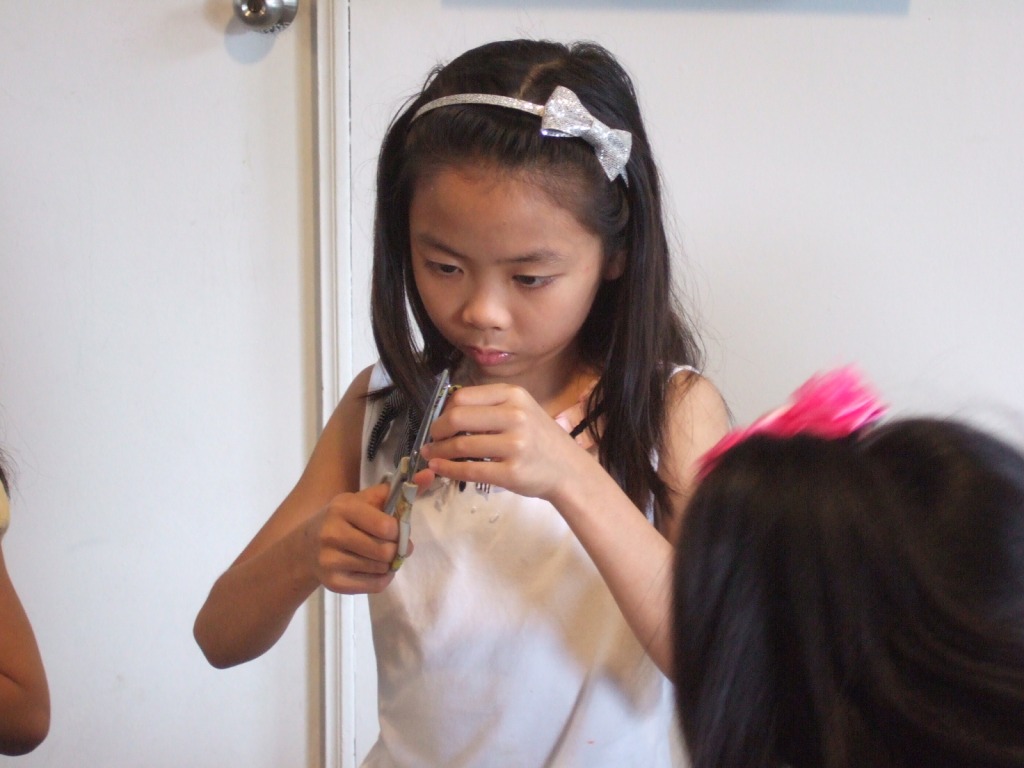 There are around seven pairs of parents and kids who registered for the workshop with three groups of parents joining their kids. Nan See showed her food photographs to them in the beginning; for example, she showed a rooster standing on a mountain made of spaghetti, a tower shaped as jelly and a ginseng root that looked like a human body, etc. Nan See then asked the kid what they had seen. These images triggered the children’s imagination and amazing answers responses came out. 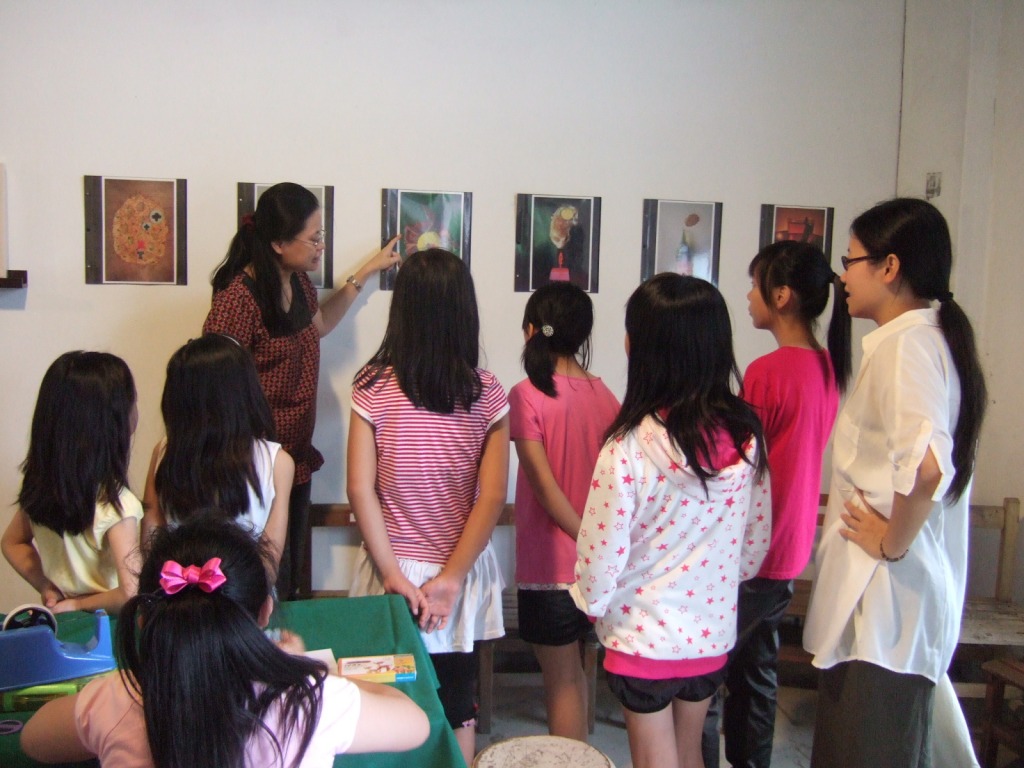 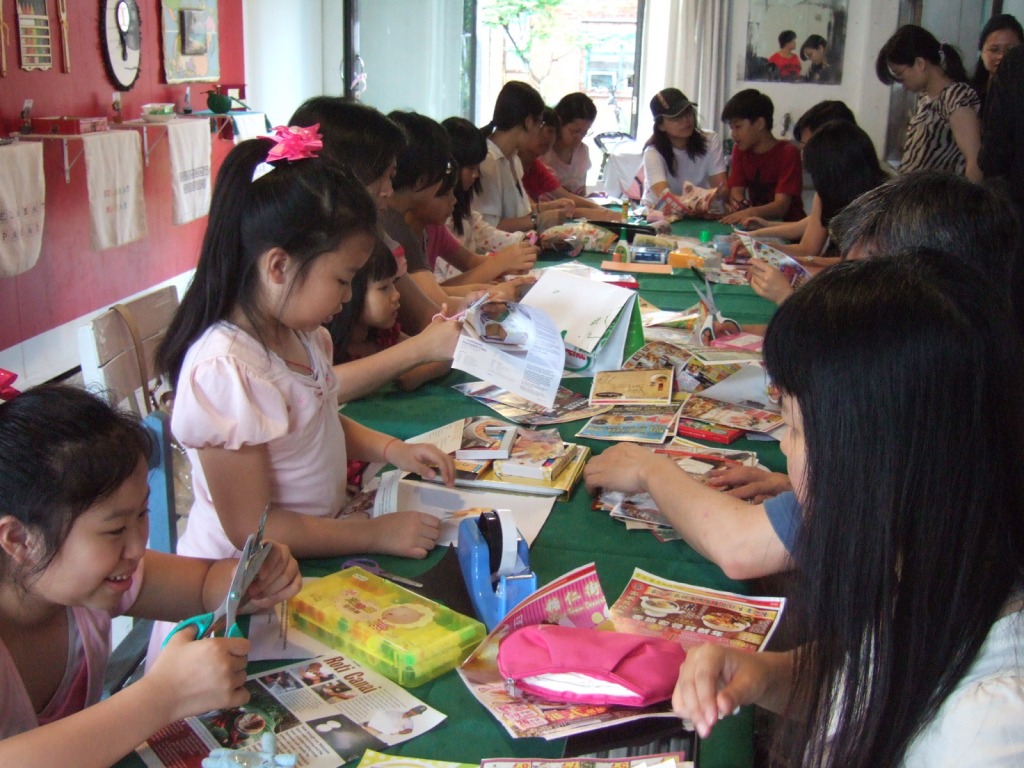 Then, Nan See gave each group some pictures about food and a piece of white paper, asked each to think about the subject of their collage and cut these images as they wished. Nan See then discussed with each group. Some kids had their own ideas; they knew immediately what they would like to do, but others spent a lot of time thinking and in the end asked their parents for help. Some kids were too young, but they insisted to join the workshop; in the end, their parents helped them in the process of creating their images. 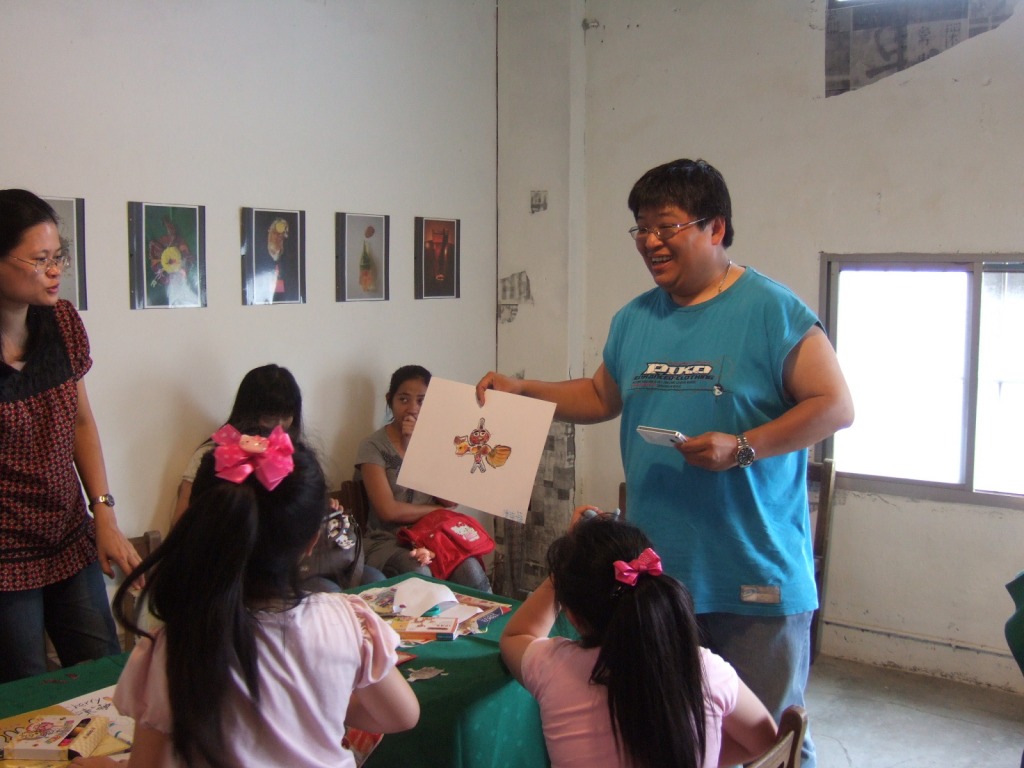 Finally, Nan See invited the children to introduce their works one by one. Some kids were too shy to express themselves but their works were excellent and very imaginative.

We hope this workshop encouraged the interaction between parents and kids with lasting memories. 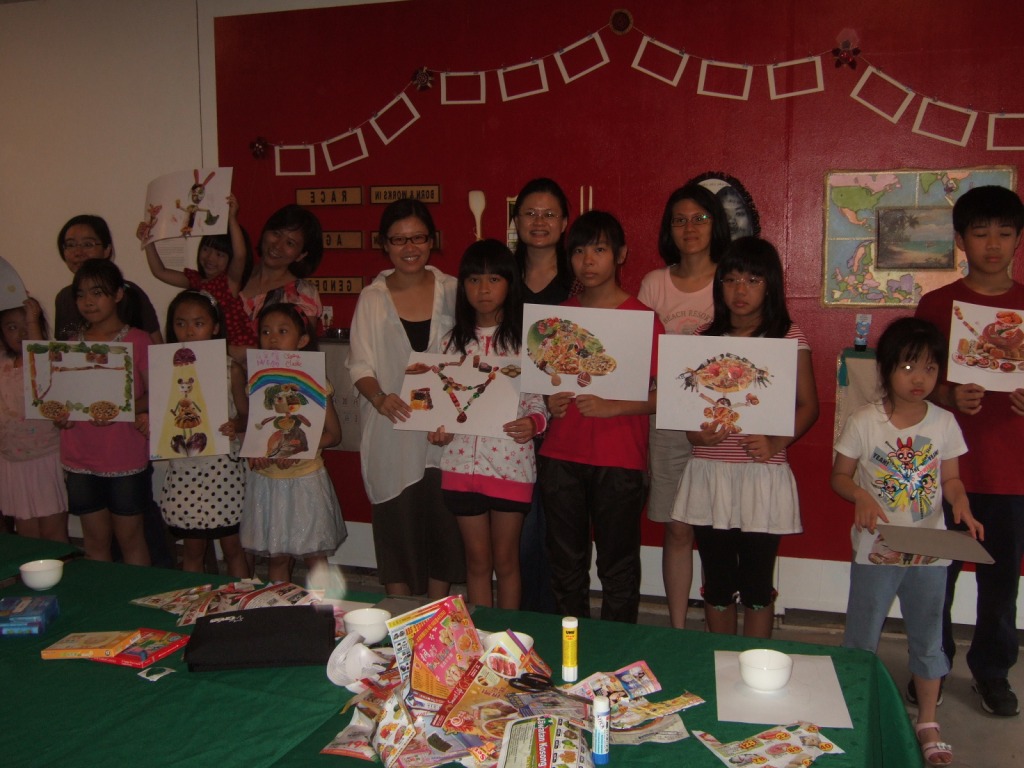 Thank you very much for arranging the event for Joy to learn more about what collage is. Because of the rainy day, we had not planned to come; however, after we joined this workshop, the rain stopped. We will go to Tamsui later. Thank you. The Malaysian cake is so delicious! (Ms. Wu)