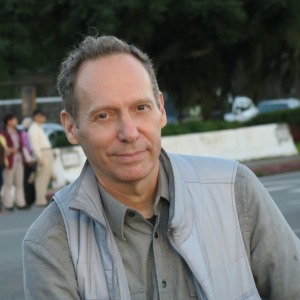 Terry O'Reilly is an internationally active director, designer, actor and writer, Co-Artistic Director of Mabou Mines since 1973 and veteran of over 25 productions with that company including 3 original plays produced by the company and a fourth now in production in Taiwan. Most recently he was a 2014/15 Fulbright Senior Scholar at Taipei National University of the Arts and an artist in residence at Taipei Artist Village - Treasure Hill for 2014. Mr. O' Reilly will stay in Bamboo Curtain Studio to work with the prototype of the play – “My Sunshine Book” during 2016/01/15 -2016/02/05.

His play The Bribe is published by Applause Books and his poetry in American Poetry Review. In 1991 he co-founded with Ruth Maleczech the Mines/Suite Resident Artist Program (RAP). Mr. O' Reilly is a co-founder of Movement Research, a center for teaching, performance and publication serving the dance community since 1979. In addition to performing and directing in the US he has been active in Asia the former Soviet Union States and Brazil. His work in Asia includes Japan, Thailand, Indonesia, China, Hong Kong and most recently Taiwan. He directed and co-produced Violet Fire an Opera about Nikola Tesla, a bridge cooperation with the National Theater in Belgrade, Serbia and the Brooklyn Academy of Music in the US; and Brer’ Rabbit in the Land of the Monkey King with playwright and designer Simon Wong in Hong Kong and Guangxi, China.

My Sunshine Book is our book.  It flows with common humanity, plural lives female and male that intersect and hope for change. The new writing deals with a boy who is a refugee, running.  This is meaningful everywhere but especially in places where the sense of the future is one of uncertainty. For 10 months I worked with the aborigines and it is their faces we will see on film, their stories of overcoming forced migration is shared by many but I want the world to see them, their faces. I studied the aborigines collectively but came to know them as individuals.  People in close up.

Conceived from the beginning as a US Taiwanese collaboration, this is purely work in the laboratory, the creation of a prototype for the final production. I am working here to recapture, even script the collaborative process and to say, “This is how we work.” It is also at its center My Sunshine Book is a piece about forgiveness and other impossibilities that nevertheless sometimes occur. I wrote it in a period smitten by loss and in praise of all signs of life. My Sunshine Book.