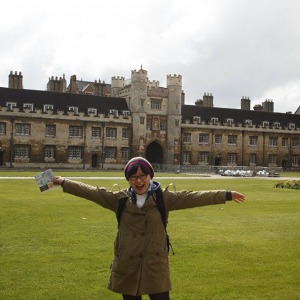 Kim, Woo-jin was born in Seoul, Korea, currently living and working in Korea. She received Bachelor of Fine Arts at Ewha Women’s University and Masters of Fine Arts from Goldsmiths University of London. Woo-jin is one of the selected artists of “2016 International Residency Exchange Program”, and is invited to stay at Bamboo Curtain Studio for two months since 1st July.

Woo-jin intends to assimilate and bridge the present fabric of society to that of the past. She tries to communicate with them through her work and its process. Images or thoughts she gained through her work reflect the present aspects of society she perceive and also may be questions concerning the deficit and surplus in society- questions the artist poses as a member of society. These images are also episodes stemming from a head-on collision between the universality she has as one who was brought up in specific culture and the general public’s common ideas in a certain space and time. Woo-jin dwells in a certain society in an ambiguous form between stranger and resident. She documents current aspects through research and surveys anchored to individual events and images repetitively shown in society. In this process, Woo-jin elicits a few keywords with which she, as an observer, can give questions about the society. The images she obtains in this way disclose unitary ideas a certain society retains or ideas other society misses. Depends on each work and project, the ways of using the images are different. With this, Woo-jin tries to refresh the certain general ideas we have. Even though, she uses different way to express each work, she usually use repetition, overlap, and viewers’ participant. Repetition and overlap can be effective in making general ideas look unfamiliar, and contemporary people’s behavior is particularly marked by repetition.

While Woo-jin staying at Bamboo curtain studio, she would like to research about the languages in Taiwan. Languages can represent character of the people who live in certain time and society. As well, it is the tool to make identities of the people in there. For example, it is very hard to explain some Korean words, which express very specific emotion, to others, from other countries. Every language would be similar. In Taiwan, there are many languages, including Mandarin Chinese, official language, Taiwanese Hokkien, Hakka Chinese and others. Some languages are rarely used in these days and someday it would be disappear. It means their unique ideas and identities also disappear. This project will be shown with Video and Drawing installation.