(By Margaret SHIU, Founder of BCS)

Summer is here, this is the best time to try to hit a few museums and stay cool! If you are traveling overseas, then do plan to come back to Taiwan sometime soon. I let you know why.

There are several shows in town that I think is a must see!

This is my five choices of the month: one is about a retrospective of how a Taiwanese contemporary artist’s style evolved to a supreme form in the last for forty years of his life. The next is a tribute to a great architect of the past, (a Harvard classmate of someone who has just passed away last month, IM Pei! Check out the forms of their buildings that can be compared between the two of them.) The third is a great way to understand a Japanese architect looking at the way of the future urban landscape, if we are going to live together in harmony between humans and nature. Next jump to see how one of our inquisitive talent of this generation investigate on our Asian past, reading humorously between the lines of geopolitics, trade, and ecology. And the last if not least is a very important exhibition that has traveled from the Mori Art Museum to Kaohsiung, showing us the modern south east Asia that we may not be too familiar.

1. A Wanderer between Heaven and Earth: Yu Peng and His Life Work (Taipei Fine Arts Museum)

Take a slow walk through the Taipei Fine Arts Museum, and slowly understand what Yu Peng did in his whole life trying to find a new way to break through the traditional Chinese way of painting ala the classical style of China. It is heartening that his masterpieces were well promoted and collected in Hong Kong and before he passed away. he was recognized for his ink paintings in China in the very expansive manner, showing the vision of what he could see as a transcendental way of looking at zen and taoism and the chinese way of seeing the cyclical relationship, via his mythical creatures, unusual humans and spirits within the universe. The museum did a great job in the installation with careful lighting effects, but the show will close on June 30th, go now !

Now after Yu Peng, you should take a stroll across the museum and you will run into the little reconstructed bachelor’s house of Wang Da Hong in the 60s when he built it in Ren ai Rd, a real gem with the easily recognizable Corbusier aesthetics of modernism, but with very Chinese architectural sensibilities, such as the moon gate, the court yard stones, the garden walls, and the colors chosen is unmistakable classic Chinese But not to be mistaken as heritage in the normal sense, this was originally built on Ren Ai Rd on his return to Taiwan, and was demolished for development in the area, but professionals, in memory of his influence to Taiwan modern architect, sought to rebuilt it as Wang Da Hong House Theatre in the park. After that you should take a stroll across to a little DH bookstore coffee shop, for a nice cup of cappuccino and a piece of cake, look carefully what is on display on the shelves to understand the architect’s love of fiction, poetry, and the imagination that he really had, many of his vast monumental dreams were not fulfilled, as is the case of many architects.

Go pay tribute to another great show by JUT Museum, with their constant concern about way the city adapts to the needed change. See these suggestions on the future way we must live in co-sharing and cohabitating style. Human nature - Generosity and its Form by Japanese architect Akihisa Hiraya. He showed us his vision and quite a few of his tested prototypes that are already in existence! His concepts are vital for Asian cities with dense population overlapping to ecologically sensitive zones, we have to reduce our want to wish of grand mansions with great heights and panoramic views, and look instead, to a human size, human scale, of only the essentials, for you could feel closest to nature. To hear also the sound of the city and your neighbors! He did have quite a few workshops and concrete proposals for Taiwan. It is a pity we have yet to see many of them come to fruition. Hurry, this exhibition will close on June 23!

Now take a good look to an important university Museum, the MoNTUE Museum to see the award winner of the Tung Chung Art Award of the Hong Foundation, then you will understand why Hsu Chia-Wei is worthy of that grant of a ten million NT! That solo exhibition showed his use of that grant for his steadfast investigation into the geo political situation in Asia, and this time specifically its historical context via endangered species, trade and its cultural context of colonial oriental aesthetics of the era, with on-site deep research, and presented with pun and humor! A very entertaining perspective for young people to be enticed to look at our past?

Last but not least, you should take the high-speed train down to Kaohsiong and make it to the Kaohsiong Museum of Fine Arts anytime this summer, to see the great show SUNSHOWER contemporary art from SE Asia 1980s to now. This is an amazingly comprehensive exhibition, helping you understand a lot of the changes that was happening in Southeast Asia, as it opens up post WWII, leading up to the drastic changes that is happening up to now. organized by Mori Art Museum together various institutions and curators, seeking various context in 10 ASEAN countries, connecting to art scenes in the region, and archived by representative curators of the region. 47 artists were highlighted under several topics. Sunny but with random showers, is an appropriate analogy for this part of the world where one is used to unexpected weather changes and adapts as required. This was first showed in the Mori Art Museum in July 2017 in Tokyo and traveled throughout before coming now to Kaohsiung. I must say it really takes a good full day or two half day to absorb all the nuisances that are implied by these very famous artists, with seminal works of that era in Southeast Asia. The social, cultural and political context of these countries are very different from ours, and this require our wider awareness to interpret what really happened, and is happening in each of these ten nations, then you see why these art works do succulently touch the core of each issue. I have to say the exhibition in Kaohsiong is much more comfortable in space distribution, hence one can slowly enjoy it with leisure, unlike the compact vertical form as it was, when I first saw it in Tokyo two summers ago at the Mori Art Museum. 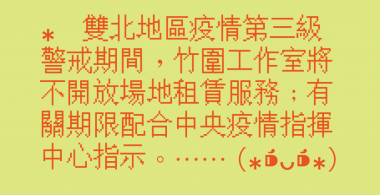