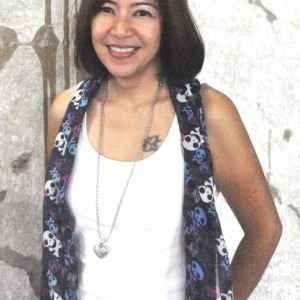 Marika Constantino (Manila) is a visual artist who has participated in significant exhibitions in the Philippines and abroad. As a freelance writer, she contributes to a number of globally distributed publications. She shares her various experiences in the art practice to a wider audience as an educator and an independent curator.  Her early exposure to art and her boundless fascination for the creative process resulted with a degree from the UP College of Architecture to further studies at the UP College of Fine Arts, with Art History as her major. Constantino is continually striving to strike the balance between the cerebral, conceptual and experiential aspects of art with life in general, thus, fueling her fervent passion for artistic endeavors. Currently, aside from her individual art practice, she is busy co-directing the programs and activities of 98B COLLABoratory

Marika is selected as the exchange artist of the “2015 international residency exchange program” with 98B. She and Anjo Bolarda will seek new ways in experiment the “Melting Pot Project” by entering people’s house and cooking for them to create connection with the host.