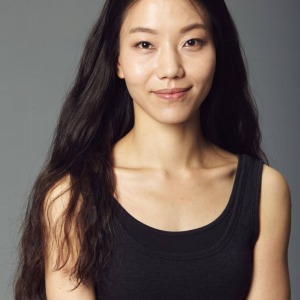 As a founding member of theater company "Dream Play", a 2015 Season Ensemble of National Theater Company of Korea, and an actor-creator of "Just Duet Project", she has performed and presented her work in several festivals and cities around the world.

She holds MA in Theater(Hanyang University) and MFA in Acting(Korea National University of Arts). As a "Young Art Frontier"(Arts Council Korea, 2011-2012), she has participated in actor training workshops at Grotowski Institute(Poland), Odin Teatret(Denmark), SITI Company(USA), Action Theater(USA), etc. Especially, She has studied both the Viewpoints method and Suzuki method of actor training in SITI Conservatory(2013-2014). As a theater artist, her main theme is "Connecting" the same with her actor training workshop title.

In this city another dream

Four theatre artists from four different cities (Hong Kong, Macau, Seoul, Singapore) come together, meeting in a fifth city (Taipei). Removed from their home cities, but carrying their respective burdens and histories, the challenge of the project is to collectively and collaboratively build an alternative within this new city, which has given them temporary refuge.
What stories do we tell about ourselves? What stories do we not tell about ourselves? What are societies and how do they form? What is culture and how is it generated? When we embed, differentiate and defend our identities do we diminish our common humanity?

The one-month creative residency in December 2016 will culminate in a work in progress presentation. In addition, there will be 3 workshops conducted by the artists in residence.