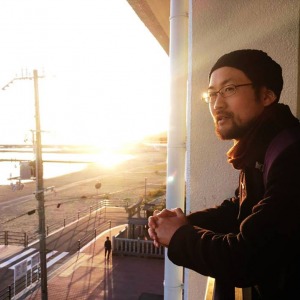 Born 1983 in Tochigi, Japan. Graduated Meiji Univ. faculty of Science and Engineering. Entered the Graduate School of Film and New Media, Tokyo Univ. of the Arts in 2007, and studied under Kiyoshi Kurosawa. Directed the film “Kyoko” starring Shinobu Terajima, which is a part of the omnibus film ”LUSH LIFE”(2009) based on Kotaro Isaka’s novel. As his graduation work, he directed the film “Elephant Love”(2009) starring Issei Ishida. In 2013 he moved to Kobe, and participated in “Ryusuke Hamaguchi's Improvisation Acting Workshop in Kobe” as a member of HATANOKOBO which was a group of script writers. And he worked as a script writer and line producer on Ryusuke Hamaguchi’s latest film ”Happy Hour”(2015) which won a special mention for the movie’s script at Locarno International Film Festival 2015.

Nohara San is the selected artist of 2016 International Residency Exchange Program between Bamboo Curtain Studio and Beppu Project in Japan, staying in Taiwan from 2nd January to 2nd March.