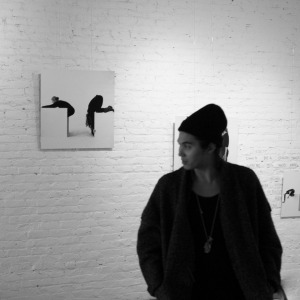 MUSHI is an artist-anthropologist concerned with the ‘we’. Working with other artists he believes what is most critical in any creation of an idea or work is the capacity to work together and jointly. Collaboration is his medium, developing a space that allows him to move beyond the differences in our inherited conditions.

Born in Korea, raised in the UK and being mixed race forces Mushi to navigate the relationship between self and the other. After receiving his BSc in Anthropology from University College of London, Mushi relocated to Japan in 2013. ‘Microperspectives’, is a documentary-style series of short films that he began in Beppu, Japan. These documentaries look carefully at the choices people make and how people free themselves from their constraints to realise their dreams. Mushi attempts to break down boundaries, to de-categorise, and bridge the gap between differences inherent in our conditioning. He has participated in residencies and exhibitions in the Bay Area and further including: VAR Program, Fort Mason Centre for Art & Culture, Modernism West, NUMU Museum, Milan Expo 2015, Auckland Artweek & more.

Since 2015, Mushi started working together with Alex Nichols to form a full-time collaborative duo to conceive projects such as: The Portable Studio, Chair Conversations, and Still Conversations. The on-going bodies of work primarily focuses on the idea of connection in an exploration towards the human ‘primal language’. Mushi is the Director of TMT (Think Make Tank), a non-profit organisation he founded with Alex in early 2016 in San Francisco. TMT is a space for experiencing ideas through performance and culture. Founded upon the idea that, “an idea must be experienced tobecome one’s own”, TMT is dedicated to building a community where ideas, experimentation, and improvisation can happen.