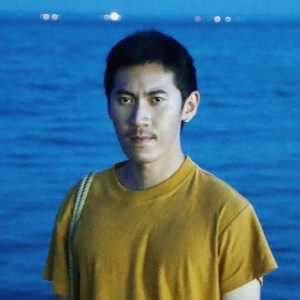 Poyen Wang was born in 1987, Taichung, Taiwan. His practice utilizes digital media as a primary medium to examine how the archived memories in the digital realm affect our perception of reality, and how synthetic identities oscillate between the fabricated and the authentic, the performed and the documented, the private and the public. He received his master’s degree in New Media Art from Taipei National University of the Arts in 2015, and his second master’s degree at the School of Visual Arts with a Paula Rhodes Award in Computer Art in 2017. His works won the Gold Medal Award at Taiwan National Art Exhibition, the Excellence Award in Asia Digital Art Award in Japan, and were selected to Made in Taiwan - Young Artist Discovery in Art Taipei. He completed the AIM program at the Bronx Museum of the Arts and was an artist-in-resident at Flux Factory in New York City in 2018. Later he was funded by the Ministry of Culture in Taiwan for his residency at the 18 streets Arts Center in Los Angeles. He is currently an artist-in-resident in Bamboo Curtain Studio in Taipei, Taiwan.

Topic: Anxiety and desire in the face of digital mediation

My practice utilizes digital media as the primary medium to examine the anxieties of self-actualization and the desire for self-recognition one faces in a context of dislocation. Recently my work has touched upon subjects including the mediation of technology in the formation of memory and perception, the duality of being both the self and the other, and the malleable nature of place.

A more connected world both promises to reduce processes of isolation and alienation but also amplifies them. I am driven to create work that is both a means of self-discovery and a way to examine more universal issues relevant to humanity such as migration, sense of belonging, and identity. I am also interested in exploring the boundary between analogue and digital, representation and reality, as well as the painterly and the cinematic in my work.

During this talk I am going to share a selection of my past work with a focus on projects developed in New York in the previous three years, including video installations and 3D printed sculptures. I will also be sharing some recent commissioned projects using the techniques of projection mapping and VR as well as a brief introduction of my current 3D animated video project.