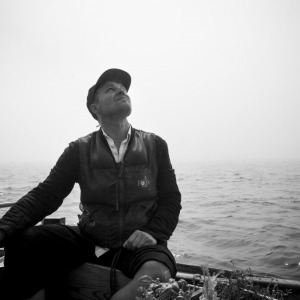 Nuutti Koskinen (1975) is a Finnish media artist working with video installations and
animation. He graduated from the Finnish Academy of Fine Arts in 2011. In addition to fine
arts he studied philosophy and feminist theory and worked as a graphic designer. Nuutti
works in Helsinki, Finland.
His works are compositions of animation, photography and video, often projected on
sculputured spaces and objects. For the viewer they offer a stage-like experience, while
being more symbolic than strictly narrative. A common theme in the works is the role of
language, images and mythologies in the construction of identities, society and nature and
their implicit ideologies.
His works have been exhibited and performed both in Finland and internationally. Nuutti's
latest solo exhibition was in 2018 at Gallery Huuto, Helsinki.