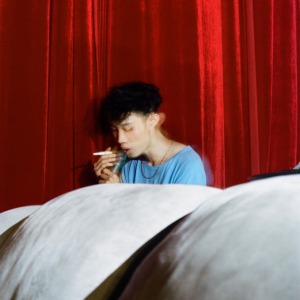 Phạm Nguyễn Anh Tú is an up and coming experimental video artist based in Ho Chi
Minh City, Vietnam.

His work focuses on themes of queer identity and fantasy, depicting scenes of playful
reverie and inner dialogue translated to film. Tú approaches video making through a
combination of animated collages and chroma key compositing to produce scenes
that mimic dreamlike states.
Pham Nguyen Anh Tú runs ‘Đéo’, an independent Cinema at 289e Bar in Ho Chi Minh
City where he has worked with local organisers such as Sài Gòn Queer, Saigon
Experimental and Space Monkies to help support emerging and established video
artists within Saigon and provide a space for film education and discussion which
previously was not available.
He has shown works at such institutions as The British Museum, London (as part of
Queer Asia Film Festival), Pugnant Film Series in Athens, Greece and Saigon
Experimental in Ho Chi Minh City. More recently he was the residency prize
winner of the Dogma Prize for their 2019 exhibition ‘The Encounter’ shown at
Galerie Quynh. In October of 2019 he will be undertaking the Bamboo Curtain
International Residency Exchange Program for two months.