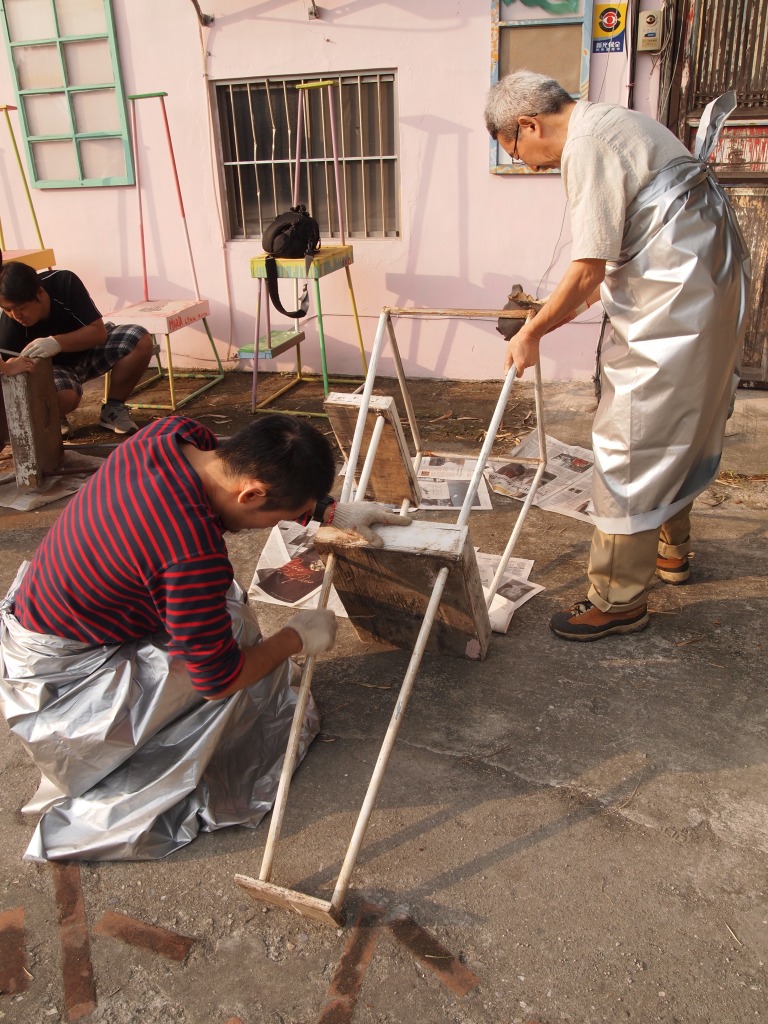 Back in January, 2013, curator Zian Chen and artist Ting Chaong Wen were invited to experience life at Hokkaido, Japan, through an artist exchange program between Bamboo Curtain Studio and the Sapporo2 Project in Japan. At the end of 2013, artists Masanori Fujiki and Tetsushi Tomita were invited to Taiwan. During his time in Taiwan, Fujiki visited the aborigine villages on the East Coast and was inspired to create 魔法森林在魔法之國的天空飄舞. Tetsushi Tomita made a new media piece, Utopia, and performed at Bamboo Curtain Studio’s Open Studio.

Curator Zian Chen and artist Ting Chaong Wen were selected from Taiwan to visit Japan through the exchange program between BCS and Sapporo 2 Project in January, 2013.

Fujiki and Tomita had different experiences in Taiwan and also observed things from disparate perspectives. They will share their thoughts on the art, cultural, and social environment in Taiwan, particularly with Taipei as the center, and furthermore talk about the significance of participating in this exchange program.

Taiwanese food will be served at the presentation.

連結:
藤木正則さん＆冨田哲司さん台湾レジデンス報告会開催のお知らせ
You are using an outdated browser
For a better experience using this site, please upgrade to a modern web browser.