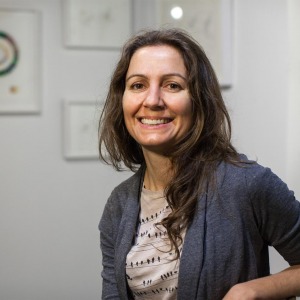 Ellie Irons is an artist and educator based in Brooklyn, New York, USA. She works in a variety of media, from walks to WIFI, to reveal how human and nonhuman lives intertwine with other earth systems. Recently she has been in residence at the Rocky Mountain Biological Laboratory, the Headlands Center and the SVA Nature Lab. Her work has been part of recent group exhibitions exploring contemporary environmental issues, including Social Ecologies, Emergent Ecologies, and the ongoing Chance Ecologies project. Her projects have been featured at The Queens Museum, Arsenal Gallery in Central Park, Pratt Manhattan Gallery and William Paterson University. Her writing has appeared in Temporary Art Review, The Brooklyn Rail and Landscape Architecture Futures. In 2015 she received a NYFA Fellowship and a Turbulence Commission. Irons teaches part time at Brown University. She studied Environmental Science and Art at Scripps College and received her MFA from Hunter College, CUNY.

While at Bamboo Curtain:
Over the past four years I have been researching and working with spontaneous urban plants, often called weeds. I use them to make watercolor pigments for my Invasive Pigments project. Some of the most important plants used in my project originated in Asia and have naturalized in New York City, where they form an important part of our urban ecosystem. I have never seen growing in their native habitat. During my time at Bamboo Curtain, I will research and seek out plants that grow in both places: in the Eastern United States and in Taiwan. I’m fascinated by how these cosmopolitan plants reflect human population flow and change. I will create a series of portraits made of plant pigments, and series of documentary photographs of plant habitats. I will also run workshops for the local community in how to create watercolors from common wild plants. This will build on my ongoing interest in “public fieldwork”, a kind of outdoor studio practice that invites the public to join me in connecting with the local environment, specifically through noticing and engaging with wild plants.

文化空間的未來之路 Imagine a cultural organization for the next generation