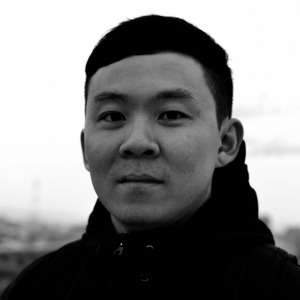 Chihhung Liu, born in Hsinchu (Taiwan) in 1985. He graduated from M.F.A Program, Department of Fine Arts at Taipei National University of the Arts. He is a freelancer/artist who lives and works in Taipei currently. Recent paintings embody his understanding of life and his personal experiences. His approach to narration and interpretation from a mundane perspective allows him to tightly interlock emotions and images. Incorporating images, ready-made objects, investigation reports, and printed materials, his multimedia work attempts to address issues related to the use of ordinary materials, the notion of formal language, and the creation of local connections.

Sound Geography is a publication consisting of a “Voice-drawing” database. Using the “human body” as an auditory organ to perceive various sounds and voices, this project aims to explore the possibility of visualizing what we hear by connecting, transforming, and representing verbal accounts, interviews, images, and abstract/figurative sketch lines. In this work, local objects, people, and stories serve as a narrative source of inspiration. Recent awards and Grants include participation in the “Community & Research project 2014” in Seoul Art Space_Geumcheon, “trans_2014-2015:The Features of This Land” residency program at Akiyoshidai International Art Village(Japan) in 2015. In the same year he also join to the “Artist In Residence Project– 2015 Phase II ” in Pier-2 Art Center (Kaohsiung,Taiwan). In 2016, he participate in the “Changwon Asia Art Festival 2016” (Busan,Korea) and also joined to the “17th Artist In Residence program from Ministry of Culture, Taiwan” in ARTSPACE_Sydney, Australia.

In 2018, Chihhung was selected as the residency artist of Bamboo Curtain Studio International Residency Exchange Program collaborating with Kanazawa Art Port in Japan for one month.